Unabridged Malayalam version of My Autobiography by Benito Mussolini. It is a dictated, narrative autobiography recounting the author's youth, his years as an agitator and journalist, his experiences in World War I, the formation and revolutionary struggles of the Fascist Party, the March on Rome, and his early years in power.

Mussolini dictated parts of the text to his brother Arnoldo Mussolini who handed the manuscripts, together with other material supplied by Margarita Scarfatti, Mussolini's lover, to Richard Washburn Child (the former American Ambassador to Italy) who together with Luigi Barzini, Jr. served as a ghostwriter for the autobiography, mainly aimed at readers in the USA. Translation by N Moosakkutty.

By: Benito Mussolini
Free Shipping In India For Orders Above Rs.599.00 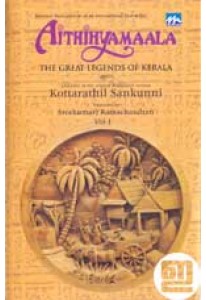 Aithihyamala: The Great Legends of Kerala (in 2 Volumes)