Krishnamurti's Journal is a diary of Jiddu Krishnamurti, kept at various dates between September 1973 and April 1975 while he was staying at Brockwood Park, Rome and California. It was originally published in 1982. Krishnamurti did not give any particular reason for the keeping of this journal which started and ended suddenly. Translation to Malayalam is by Josantony.

Krishnamurti biographer Mary Lutyens stated in foreword that Krishnamurti wrote "with a clarity that shows how vivid is his memory for natural scenery, arising from the acuteness of his observation. This journal also reveals to what an extent his teaching is inspired by his closeness to nature."

By: J Krishnamurti
Free Shipping In India For Orders Above Rs.599.00 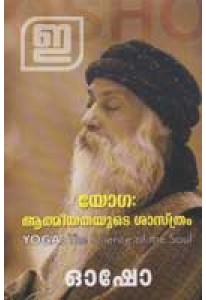