'Do and Die: The Chittagong Uprising' written by Manini Chatterjee in Malayalam translated by K N K Namboothiri.

On 18 April 1930 at around 10 p.m., a clutch of men, most of them still in their teens, challenged the might of the British Empire through a series of raids in Chittagong. Their actions stunned the colonial power and ignited the spark of rebellion throughout Bengal. In this book, the first of its kind, journalist Manini Chatterjee gives a riveting account of the dramatic events that unfolded over three years, from 1930 to 1934.

Drawing on police records and government files and interviews with revolutionaries, Chatterjee reconstructs the events of that fateful night when six ex-detenus, inspired by the famous Easter Uprising in Dublin (1916), attacked the armouries of the police and the Auxiliary Force in Chittagong. What followed were the battle of Jalalabad, the encounter at Dhalghat, the attack at Pahartali and the underground resistance, led by the mysterious Masterda, the irrepressible Kalpana Dutt and the brooding, tragic Pritilata Waddadar.

This is a story of their zeal and fervour, love and loss. Meticulously researched and skillfully narrated, the story of young idealists, heady with patriotism and ready to die, this is an important, and so far neglected, story of the freedom struggle in India. A forgotten chapter of Indian history comes alive.

By: Manini Chatterjee
Free Shipping In India For Orders Above Rs.599.00 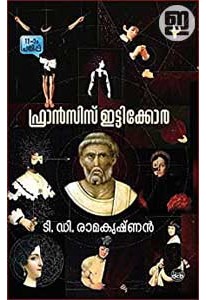