Malayalam version of Perumal Murugan's much-discussed Tamil novel 'Maadhorubaagan'- in English 'One Part Woman', translated by Shafi Cherumavilayi. Kali and Ponna’s efforts to conceive a child have been in vain. Hounded by the taunts and insinuations of others, all their hopes come to converge on the chariot festival in the temple of Ardhanareeswara, the half- female god. Everything hinges on the one night when rules are relaxed and consensual union between any man and woman is sanctioned. This night could end the couple’s suffering and humiliation. But it will also put their marriage to the ultimate test.

Ardhanaari is a superb book in which tenderness, love and desire kindle each other into a conflagration of sexual rapture.

By: Perumal Murugan
Free Shipping In India For Orders Above Rs.599.00 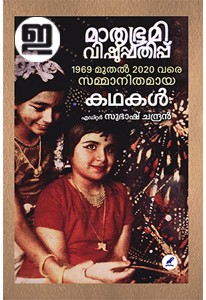